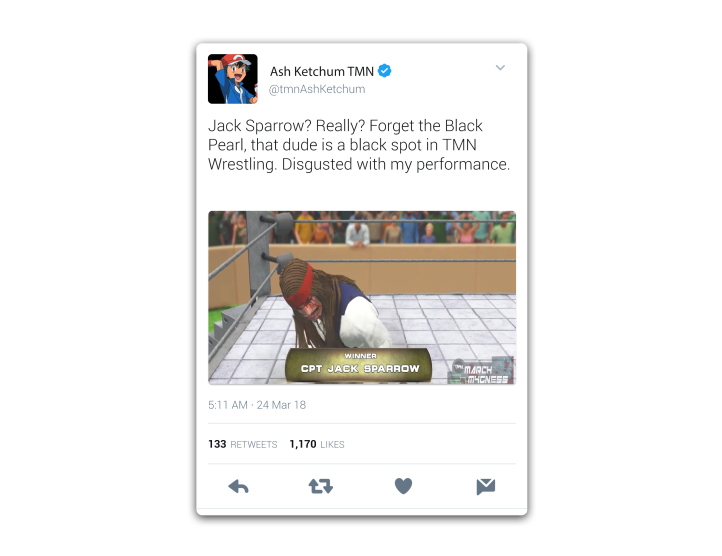 Superstar Ash Ketchum took to Twitter early morning on March 24th to voice his disgust in losing to Jack Sparrow in the opening round of the March M4Gness 2018 Tournament. Ash, who’s career has been cooling off recently, has a much more impressive record than Jack Sparrow, but a loss is a loss. Sparrow, who only had 1 career Singles win before defeating Ash, is set to face Yusuke Urameshi in the next round of the Tournament. We have reached out Jack Sparrow for a comment, but he has not yet gotten back.